We Explain All the Benefits of Using Bitcoin 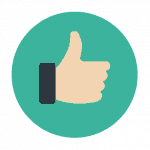 Why use Bitcoin instead of credit card or cash? Many people wonder this, and there are many answers to the question.

In this guide, we will explain all advantages of using Bitcoin. If you want a good understanding of what Bitcoin is, we recommend that you read this guide: What is Bitcoin?

The digital currency Bitcoin makes it possible to transfer money super fast with extremely low fees. This without having to rely on any middleman or third party. All Bitcoin payments are made person-to-person.

Bitcoin is anonymous but at the same time transparent. It is anonymous because Bitcoins can’t be linked to individuals. It is transparent because there is a public ledger of all Bitcoin transactions.

Bitcoin is safe because it is based on cryptography and mathematics. There is no state, bank or institution that can control your Bitcoins. It is a completely decentralized system without restrictions and rules from any authority. In this way, your money is protected from inflation.

All you need is a Bitcoin Wallet to send and receive money. It only takes a minute to create and works on your laptop, tablet, and smartphone.

Bitcoin Is a Secure System

Bitcoin Is Anonymous but Still Transparent

The Bitcoin Network Is Decentralized

Protect Your Money Against Inflation 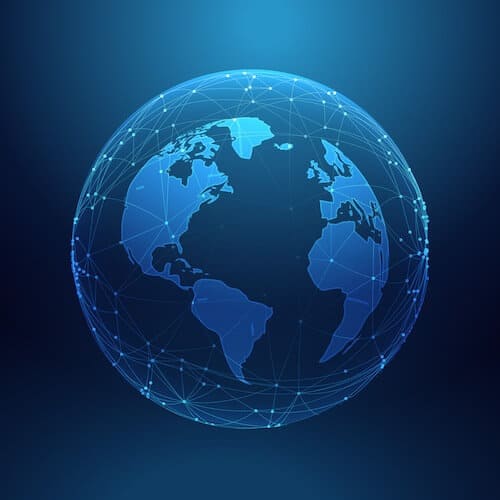 You can transfer Bitcoin around the world in just a few seconds. This doesn’t work with normal currencies because the financial system is not scalable. Bitcoin is the first global currency.

We are 7.5 billion people on earth, with 2-4 billion people that are without basic banking services. Because Bitcoin is global and decentralized, anyone on the Internet can join.

Bitcoin operates 24/7 every day of the week. There is no limit or closing time as with the bank. Transferring Bitcoins takes just a few seconds no matter where you are.

At the bank, it may take several days to make an international payment. There are also countries that you can’t even transfer money to. The global financial market closes out billions of people on Earth.

Today you can video chat with someone on the other side of the globe in a few seconds. At the same time, you can’t transfer money to the same person.

We need a global currency that no state can control or manipulate. Bitcoin is the currency of our time. 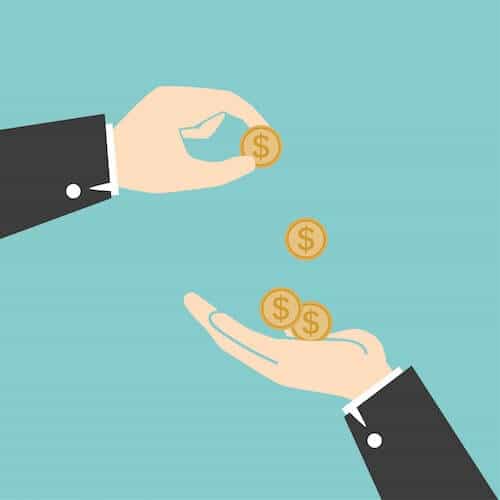 It costs almost nothing to transfer money with Bitcoin. Transaction fees are extremely low.

Even if you are going to transfer a large sum of money with Bitcoin, it costs only a few cents. Compare this with banks that charge you a fixed fee and also 1.5-3.0% per transaction.

It works differently with the bank where there are many fixed costs. Why do you think banks make a lot of money? It’s not just transaction fees but also other costs. For example, you pay an annual fee for your bank account and debit card.

There may also be hidden costs with other banking services. Before you open an account at the bank, we recommend that you read through the agreement documents.

With Bitcoin, you don’t need to worry about this. It’s entirely free to create a Bitcoin Wallet. Because the Bitcoin Network is decentralized, there is no authority. Nobody can increase costs without all users agreement.

Bitcoin is one of the world’s most cost-effective payment systems for users.

Bitcoin Is a Secure System 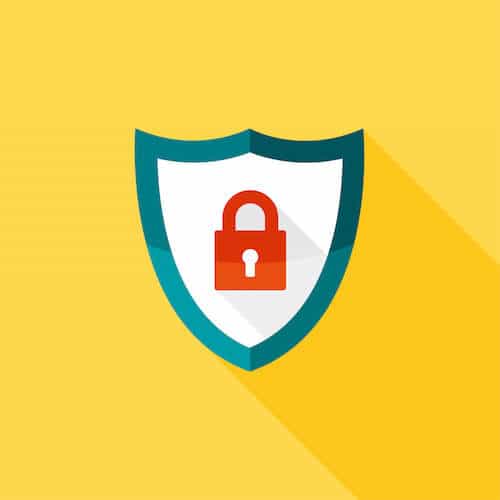 Bitcoin is safer than the current financial system. The Bitcoin system is protected by cryptography and mathematics. Not laws and legislation that include mistakes and shortcomings from humans.

There are ongoing disputes between companies and individuals about transferring of money. These problems need to be solved with laws. However, there is and will always be loopholes in laws.

The Bitcoin Network contains a common ledger with all transactions. Anyone can download the ledger and verify transactions. In addition, something called Bitcoin Mining uses computers to solve mathematical problems.

In other words, Bitcoin is protected by thousands and thousands of computers around the world. There is no single group that controls Bitcoin. Therefore, a hacker can not attack the Bitcoin Network in the same way it can attack a company.

A marketplace that stores Bitcoins for individuals can be hacked like any other company. However, it is impossible to hack Bitcoin.

Bitcoin Is Anonymous but Still Transparent 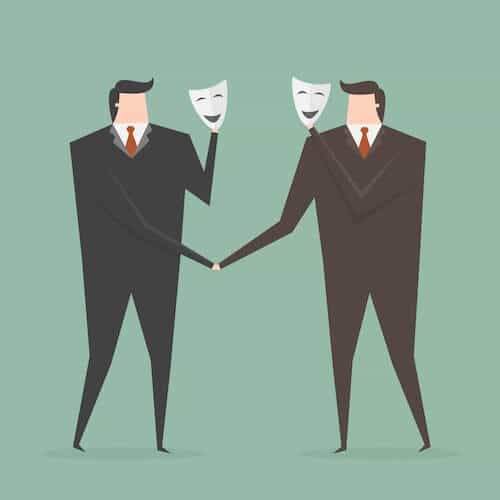 Bitcoin was created with integrity and anonymity in mind. This is an important part of the Bitcoin Network. Everyone has the right to be anonymous.

At the same time, Bitcoin is one of the world’s most transparent networks. All Bitcoin transactions are public, traceable, and permanently stored in the common ledger.

In this way, Bitcoin is a transparent network. Bitcoin is a more fair system because no authority has sole access to the ledger. Anyone can verify transactions on the network.

Everyone can see transactions that occur between Bitcoin accounts but not who owns the accounts. You choose whether your Bitcoin Wallet should be visible or private.

If you’re going to open an account with money, companies usually require private data and documents. Private information such as your social security number, address, and income. You don’t have to be a criminal to want to be private.

The Bitcoin Network is both anonymous and transparent. This sounds too good to be true, but it’s Bitcoin.

The Bitcoin Network Is Decentralized 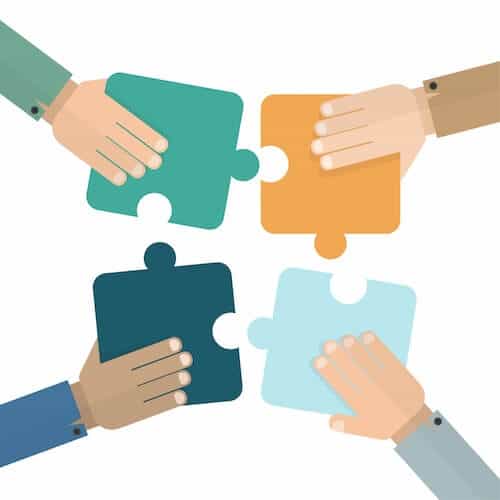 The Bitcoin Network consists of thousands and thousands of computers globally. It is decentralized in the same way as the Internet.

This is important because nobody can control or manipulate the cryptocurrency Bitcoin. With traditional currencies, the central bank has power over interest rates and can print endless amounts of money.

It is evident that a centralized system where an authority decides everything is not the best solution. See what happened during the financial crisis. The government gave trillions of dollars to the banks to prevent their bankruptcy.

We will not discuss if this was right or wrong. But it shows what power the government has. It is wrong that someone can rule over you without your consent. In Bitcoin, everyone decides together.

Bitcoin is decentralized and requires consensus to change something in the network. You can’t take money from others. If you change the rules, the network will deny your transactions.

Normal currencies based on a centralized system can lead to significant problems. We who live in the western world have not experienced these problems in the same way. However, this has countries will unstable governments. We see people being mistreated in countries such as China, India, Greece, Cyprus, and Venezuela.

No central authority can control or manipulate the digital currency Bitcoin. In the same way as no one can control the Internet.

Cryptocurrencies like Bitcoin is the next step towards a more democratic system. 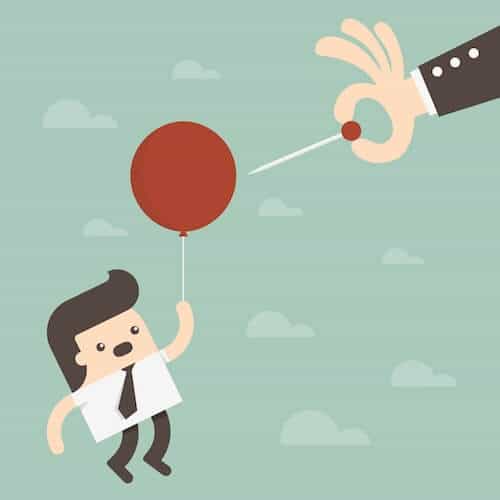 You Don’t Need to Trust Any Third Party

With your credit card or services like PayPal, the company decides. They have the power to deny a transaction or withdrawal of money. If you have Bitcoin, you don’t need to trust any third party because you decide yourself.

Today, banks have their own private ledger of transactions, and you need to trust them with your money. It doesn’t work like that with Bitcoin. Instead, we have a common public ledger containing all transactions.

Bitcoin works without the need to trust anyone. In terms of money, we clearly see that you can’t trust anyone. This includes the government.

Look at Venezuela where the government has gone bankrupt. The government has also behaved badly in Greece where they prevented you from withdrawing your money from the bank. Even if you feel safe, there is corruption in all countries.

We can also look at what’s happening in India. You are forced to turn in your money, and if you have too much, you will need to pay a tax penalty. The same applies to gold. The government forces everyone to pay taxes on their own gold. Since Bitcoin works like digital gold, we have seen increasing demand after this happened.

Services like Apple Pay, Google Wallet, and PayPal are steps in the right direction. However, you still need to rely on third parties. If they want, they can lock your account.

If you use Bitcoin, you own your money.

Protect Your Money Against Inflation 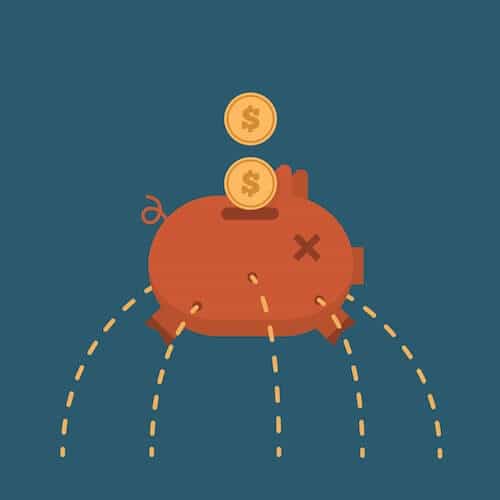 Last but not least, we need to talk about inflation. All normal currencies have inflation, meaning that your money will decrease in value. This is desirable from central banks because it forces people to consume more.

We go into detail how this works in this guide. But in short, central banks print more money and have a 2% inflation rate every year. Although it sounds like a small decreasing, it is a lot of money.

With a 2% inflation rate, you’ve lost half of your money after 35 years. Therefore, investors try to avoid inflation. Bitcoin has become an attractive option.

Because no more than 21 million Bitcoins will be created, it will rather lead to deflation. The number of Bitcoin users also increases which should increase the price. If something has a limited supply, it usually increases in price. However, past performance is no guarantee of future results.

If you want to learn how Bitcoin works, we recommend reading this guide: How Do Bitcoin Work? The best way to get started is to buy your first Bitcoin.

You can’t trust everyone on the Internet. There are marketplaces for Bitcoin that you should not trust. We don’t recommend buying Bitcoins on smaller markets because it may not be safe.

Below you will find the best place to buy Bitcoin →

Learn more in this guide: What is Bitcoin?

Yes! Bitcoin is safer than the current financial system. The cryptocurrency is protected by cryptography and mathematics instead of laws and regulations that contain mistakes and deficiencies from humans. There are and will always be loopholes in laws. However, you can’t trick math.

Yes! It is completely legal to use Bitcoin. Individuals are allowed to use which currency they want as long as both parties agree on the same means of payment. However, there are countries that have indirectly or partially prohibited Bitcoin. The reason for this varies, but generally, the government wants more control over the financial market. Here is a list of all countries’ laws about Bitcoin.

When you are not using your cryptocurrencies, you must keep them in a secure Bitcoin wallet. If you leave your Bitcoin at an exchange, mobile app or online, you risk losing all your money. The safest way to store Bitcoin is in a hardware wallet. Everyone needs at least one hardware wallet. Learn more in the guide: Best Bitcoin Wallet.