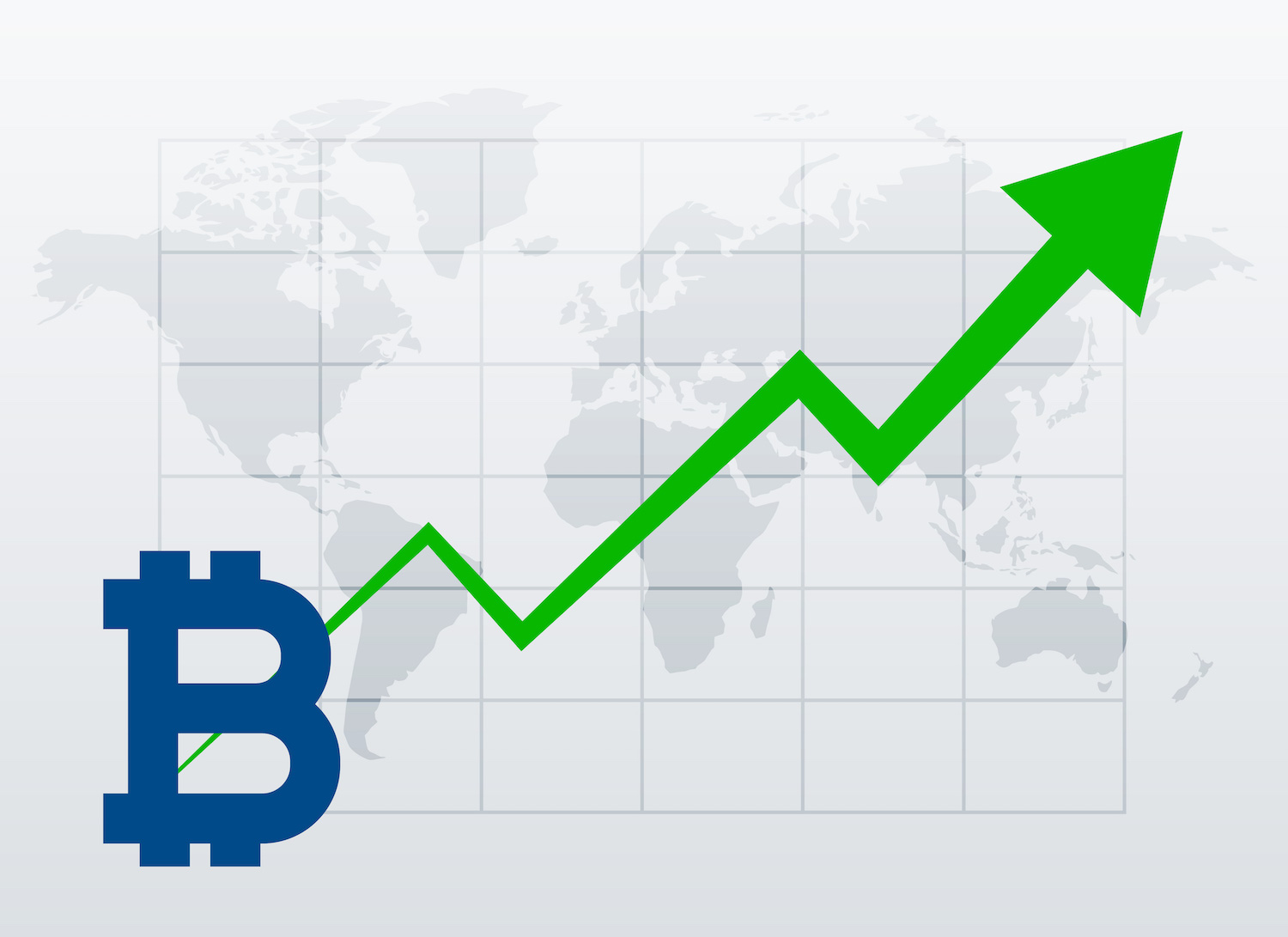 May 23, 2020. Does that date mean anything to you? Well if you are a crypto enthusiast you should have that date marked down in your calendar.

Why? Roughly every 4 years a major event takes place with Bitcoin (BTC) which has only happened twice in its history. Bitcoin halvening! Yes, that’s when the Bitcoin network reduces block reward by 50%. Let’s examine what has happened with the two previous halvening events to help us predict Bitcoin price in 2020.

The first one took place on November 28 2012 and in the Bitcoin history books, it’s called “Halving in Day 2012”. As previously mentioned, the reward of Bitcoin gets cut in half about every four years but more specifically it is every 210,000 blocks. There are rewards during this time was 50 Bitcoin per block. But on November 28 this would be cut in half to 25 Bitcoin per block. 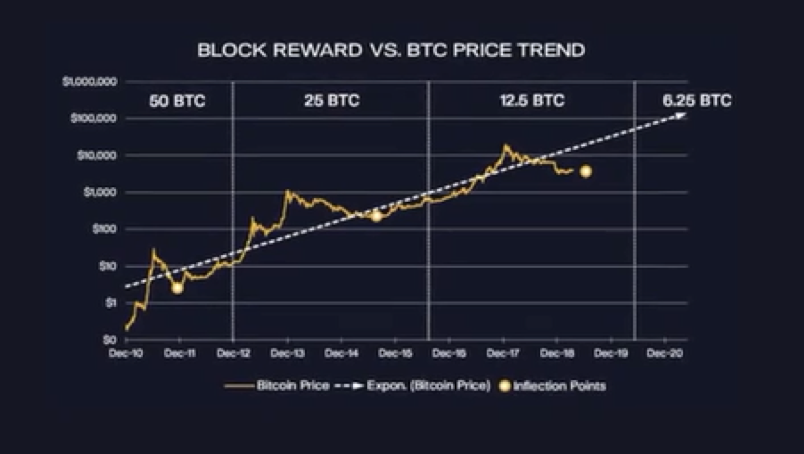 As we can see from the chart above, Bitcoin had a couple of bubbles and then one epic crash. The dot is an inflection point when Bitcoin got to its lowest point about a year before the first halvening event and the price rose all the way up to the date of the event.

Now, what happened after the first event? Well, the rewards were slashed in half. Scarcity of Bitcoin became a real worry and quickly after the war dropped, the price of Bitcoin boomed, going from about $10 dollars to over $200 and then a crash down and then an epic bull market of 2013 happened. Bitcoin got to nearly $1,200 before another epic crash down. Then just like before, the price hit an inflection point about a year before the next halvening. Then Bitcoin price started to slowly climb up to the date of the next event which occurred on July 9 2016.

Bitcoin’s reward got slashed from 25 Bitcoin per block to just 12.5 Bitcoin per block, increasing scarcity and slashing miner rewards for the second time. This one was a bit different than the one before people were expecting a quick price boom but it wasn’t nearly as drastic and took some more time. But eventually, the price still went crazy leading up to the last parabolic bull run when Bitcoin reached nearly $20,000 per coin. Then, just like clockwork, again the price crumbled after that intense run and has been coming down ever since.

Bitcoin price prediction: How much will BTC be worth in 2020?

Now we are a measly 6 months away from the next halvening event. Based on the previous history, is this an inflection point? Will history repeat itself? Will Bitcoin price begin moving up in anticipation of the date?

Well, this time the reward is getting cut in half again from 12.5 Bitcoin per block to 6.25 Bitcoin per block. This means only 900 bitcoins will be mined per day compared with the previous 1,800. Furthermore, 85% of all Bitcoin will be officially mined and released into the wild.

As previously mentioned, this cut in half is more special than the ones before because the annual inflation rate of Bitcoin is dropping from three 3.8% to just 1.80% which is below the central bank’s target rate of 2%. This will be the first time in the history of Bitcoin that then inflation will be lower than that of fiat to inflation by the central banks across the globe.

There is an argument though that when the rewards is cut in half; miners would be impacted because their profits would go down and those miners will eventually drop out. Well, that doesn’t seem to be the case based on the past.

In the hash rate chart leading to the next happening event in July of 2016, the hash rate bloated again and a slight dip right after.

Let’s now extend the chart out to the hash rate today.

Hash rate continue to climb after July 2016 and is exponentially larger today. A slight drop in the hash rate after the 2017 bull run.

But as you can see from the charts, as time goes on the hash rate just keeps climbing and the little drops in hashing power become invisible to the naked eye and not even noticeable on the charts. This indicates that miners are not going anywhere.

It is still profitable to mine Bitcoin in many parts of the world and renewable energy mining is on the rise. Hash rate is going to keep climbing in anticipation of this event and we may see a slight drop after May 2020. It can also be profitable to use trading software, like cryptosoft, as the price fluctuates. However, both mining and trading is hard work.

Nevertheless, just like before, it won’t matter in the long run. Why? Because continued and increased demand for Bitcoin will stay constant, which like before, forces the price higher once your bitcoins are being generated on a day to day basis.

Once the price starts rising in anticipation of the halvening, and it will, public interest is going to come flooding into Bitcoin like never before. Your mom, dad, brother, sister, friends are all going to be interested once again because everyone heard about it last bull run but only a few took the dive into it and invested. And now that it is on their mind, the next price rise is going to lead to a new all time high this time around.