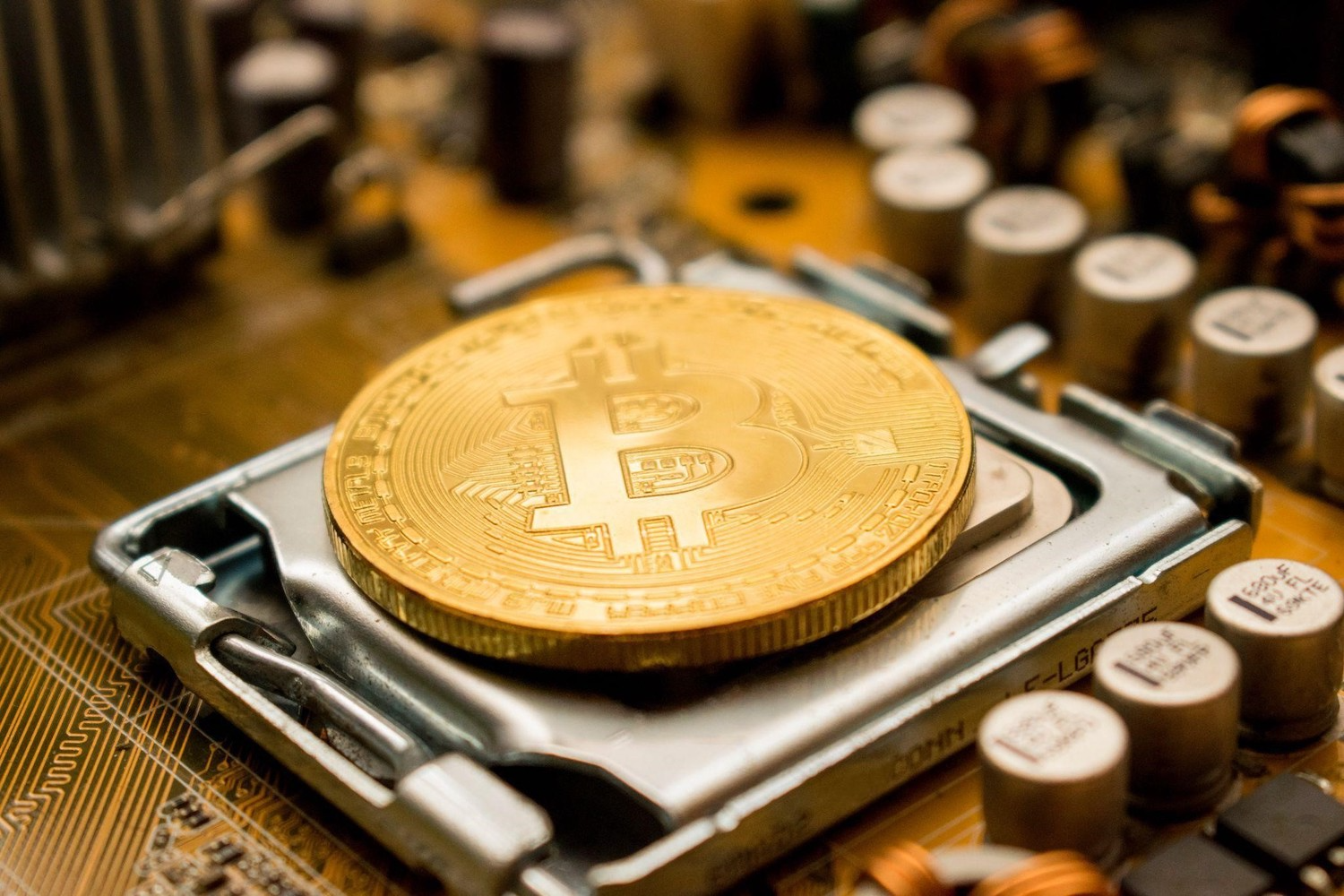 How The Bitcoin Mining Community Comes Together – Press Release

Bitcoin miners are an important yet often overlooked section of the cryptocurrency community. While people like Michael Saylor or Jack Dorsey grab the headlines, Bitcoin miners are in the background, securing a network that processes billions of dollars in value annually.

As mining plays a key role in Bitcoin, it is important to have an avenue for professionals to interact and discuss industry-related issues. Not only does this foster a sense of community, but it promotes cross-pollination of ideas and innovation in the Bitcoin mining industry.

However, Bitcoin miners have often lacked the opportunity to interact with colleagues and industry players. Not that this is surprising; cryptocurrency—and cryptocurrency mining itself—is still a nascent industry.

Fortunately, things are better now—with events like the Mining Disrupt Conference bringing together members of the Bitcoin mining collective to discuss, share ideas, and learn from each other. Started in 2018, Mining Disrupt has become the mining industry’s premier event, drawing a diverse group of people from all over the world.

How It All Started

In the early days, Bitcoin mining was something of a hobby for computer geeks or random people excited by the prospect of “magic Internet money.” Enough that someone (infamously) paid for a pizza with 10,000 BTC.

But, with the 2017 bull run, and the subsequent increase in Bitcoin’s valuation, mining became a red-hot sector. For instance, Bitmain (one of the earliest providers of Bitcoin mining hardware) made between $3 to $4 billion in profits in 2017 alone—thanks to growing interest in Bitcoin mining operations.

With the growing expansion of Bitcoin mining, miner collectives started popping up everywhere. One of them was the Blockchain Miners Group, an online community for miners created by Michael Cruz early in 2017, before the first bull run of that year.

Hosted on the Telegram social network, the Blockchain Miners Group was among the first

all-miner online communities. There, members from different parts of the world could interact with colleagues, share tips, and have insightful discussions about the industry.

As Bitcoin mining continued to attract new entrants, the Blockchain Miners Group expanded its size. Soon enough, its members called for more IRL interaction, leading to talk of a conference for Bitcoin miners.

Bitcoin mining is one of the world’s least-understood professions. To many, miners are nothing more than individuals burning ridiculous amounts of energy to “win new bitcoins.” In fact, it wouldn’t be a stretch to say miners are the most-vilified section of the crypto industry.

But the average Bitcoin miner is no different from any other worker. They have an important job: processing transactions and securing the Bitcoin blockchain. With Bitcoin’s average daily transaction volume entering millions, miners are an indispensable part of the Bitcoin network.

Every profession needs a platform for members to meet and interact. More importantly, professional meetups are where innovations, tools, and groundbreaking insights are shared.

The Mining Disrupt Conference arose out of a need to have greater synergy between blockchain miners. Previous attempts at coordinating IRL miner meetups had faced difficulties, particularly because Bitcoin mining is a highly mobile industry and miners are often spread across different parts of the world.

However, Mining Disrupt benefited from a visionary team and succeeded in its goal of bringing the Bitcoin mining community together. The first conference, held in 2018, was a massive success with thousands of investors, vendors, and professional miners in attendance.

From the start, Mining Disrupt aimed to provide maximum value to attendees. The conference hosted key players, including power grid suppliers, renewable energy providers, and manufacturers of mining hardware, such as GPUs and ASICs. It also welcomed innovators and disruptors sharing novel insights to make the Bitcoin network more secure.

From its humble origins, Mining Disrupt has grown to become the world’s largest B2B Bitcoin mining conference and expo. Every year, thousands of professionals and companies in the Bitcoin mining industry meet in a massive convention center and discuss the state of the industry.

No other group has benefited more from Mining Disrupt than the miners who the event was created to serve. With access to exhibitions, keynote speeches, and group interactions, mining professionals leave each conference better than they arrived.

Other players, like mining equipment providers, have also benefited. With the chance to display cutting-edge technology to arguably the world’s largest all-miner audience, companies have been able to increase their reach and drive conversions.

The Bitcoin mining landscape has changed considerably since the early days. For example, the 19th million bitcoin was recently mined, a development with great implications for the future of the world’s largest cryptocurrency.

Then there’s the “Change The Code” campaign, a movement backed by Ripple, hoping to switch Bitcoin from proof-of-work consensus to proof-of-stake. Increasing regulatory pressure is also cause for concern(China banned Bitcoin mining late last year).

More than ever, the Bitcoin mining community needs to meet and discuss current challenges as well as future opportunities. This makes the 2022 Mining Disrupt conference, which will run between July 26-28 at the Miami Airport Convention Center in Miami, a must-attend for everyone in the cryptocurrency mining industry.

As usual, Mining Disrupt will feature the best of the Bitcoin mining community. Moreover, this year’s edition counts JSBit as sponsors and plans to host thousands of attendees, investors, and vendors.

The team behind Mining Disrupt has gone to great lengths to make this year’s edition better than previous ones. With new additions, like an ASIC Museum and a new Whale Guest Pass, Mining Disrupt 2022 promises to give attendees maximum value.

Who Should Attend the Mining Disrupt Conference?

If you’re a Bitcoin miner, then attending the Mining Disrupt conference is a no-brainer. You’d be hard-pressed to find any other opportunity to connect with the Bitcoin mining community other than this.

Not only will you benefit from expert talks, but interacting with experienced Bitcoin miners can get you started on the right path. As one of last year’s attendees put it: “Everyone you should be talking with, as a miner, is here.”

Perhaps you’re nursing an interest in starting a mining operation, but want to test the waters first. Attending the conference will expose you to the realities of mining and give you the information you need to start. You’ll also benefit from interacting with the world’s best mining tooling companies exhibiting at Mining Disrupt.

And if you don’t fall into any of these categories? You’re still welcome! Mining Disrupt is a place to learn about Bitcoin mining from professionals with skin in the game, not armchair experts. If you’re a Bitcoin enthusiast looking to understand how mining sustains the Bitcoin network, here’s your chance.

Companies involved in the Bitcoin mining industry will find the Mining Disrupt conference tailored to their needs. The organizers have created a series of affordable exhibition options for organizations of different sizes.

Does your company have a new solution you think the Bitcoin mining industry needs? This is your chance to get it across to the right audience.

Head over to the official Mining Disrupt website to buy your tickets and find more details about our exhibitions!

The Bitcoin mining community is a close-knit collective, with everyone ready to help the other. If you’re new to the industry or a veteran looking to connect with colleagues, consider joining the Blockchain Miners Group.

We have resources for you to help ease your journey into the amazing world of cryptocurrency mining. Besides earning money, you can be part of a new movement to create a fairer monetary system for all.